W4 (Who What When Where) is an interactive installation exploring the Digital Archive of the Dutch Photomuseum containing 80.000 photographs. Using the four posts functioning as a filter (who, what, where, when) one can explore the 80.000 images photo-archive in realtime.

“Commissioned by the Dutch Photo Museum in Rotterdam, he built the interactive installation W4 (WHO, WHAT, WHEN, WHERE).  This installation consists of a database containing 80,000 photographs from the digital archive of the museum and four posts that function as a filter. With the help of the functions who, what, when and where, the user can explore the entire digitalized collection. For example, one can investigate all photographs of flowers made in Germany in 1936. Or all pictures of the Mona  Lisa made between 1900 and 1920. The installation can be regarded as an interface designed to enable visitors to display the collection. Every visitor of the museum becomes a curator, able to create her own exhibitions. At the same time, it is a powerful interactive artwork which transforms the visitors into VJs who create rhythmic compositions of photographs.

What makes this installation both a brilliant example of human-computer interface design and an autonomous work of art is its manipulation value. In the age of digital recombination, the value of an object depends on the extent of its openness for manipulation.[7]  For a contemporary scholar, a ‘databased’ version of the collected works of a philosopher is of much greater value than a traditional paper edition, because it enables her to execute all kinds of sophisticated searches, to investigate implicit relationships between the texts, and to make new recombinations of existing texts (De Mul, 2008). The aesthetic quality of work strongly depends on the elegance of the structure of the database and its user interface.[8]

“EM: Wherever your work is discussed – in interviews, exhibition catalogues, jury reports or publications – the nouns ‘collection’, ‘archive’ and ‘database’ figure prominently. All of these terms concern accumulations of objects, and in this sense, their referents overlap. I notice however that in your own communications, you tend to make rather strict distinctions between them, using them in relation to different kinds of accumulations, that are relevant to your work in different ways.

For example, you seem to associate the term ‘collection’ specifically with accumulations of objects that are significant in terms of how they were amassed. With institutional collections, for instance, that have been built up in successive phases of acquisition, selection and deselection, and on the basis of implicit and explicit understandings of what’s relevant or meaningful in light of the organization’s focus or expertise. Your interactive installations W4 (What, Who, When, Where) (2007) and Horizons (2008) use digitized photographs, respectively landscape paintings, from the collections of Nederlands Fotomuseum (the Dutch national museum of photography in Rotterdam) and Museum Boijmans van Beuningen (a museum in the same city, whose collection covers Western art since the Middle Ages). The bodies of work these images are sourced from, acquired their status as collections by virtue of their association with a given cultural institution, and as part of its specific history.

However, this association is also relevant in light of how, and to which end, such accumulations of objects are made accessible. An archive, you have argued, provides access to its holdings – likewise termed ‘archives’ – in reaction to queries or requests by users with specific needs. Records can be consulted either on-site, sometimes in their original form, or remotely, as (­digital) copies, and for various reuse purposes. In most of these cases, users make sense of them largely independently. A museum, in contrast, will present selections, often of (‘­authentic’) physical objects, based on curatorial choices. To this end, works are temporarily retrieved from storage facilities and meaningfully arranged in space.

How, would you say, do such collections – and the associated practices – differ from the kind you compile in preparation for recombination of images in your work? And what happens exactly as you source pictures from existing archives or collections, integrating them into your personal databases?

GM: Designating a particular accumulation of records or objects as an ‘archive’, a ‘collection’ or a ‘database’ is revealing of how one perceives it. Arguably, those denominations presuppose mutually distinctive methodologies for disclosing items, that are rooted in turn in specific sets of traditions (for instance, traditions common to the practice of archives, or museums, or institutions concerned with the management of information). Databases, like archives or collections, consist of reusable objects or data. What differs is their properties as generative instruments. This difference is one of means – but also, among others, one of scale and speed. Consider for instance the practice of a museum curator, specifically in relation to what I do in my own work. By arranging objects in space, a curator produces a narrative, possibly aligning it with the overarching theme of a given exhibit. He or she can make different selections, or use the same objects but order them differently in order to tell different stories. A database is comparable to a collection in that it contains discrete objects; however, those objects are not physical but consist of sets of features, expressed mathematically. In addition, retrieval and display do not happen in space but on a flat-screen. Like curators, administrators of databases can select, order and reorder the objects within them. However, they can do so at a much higher speed (over 10,000 times a second) and on a much greater scale. In addition, they can copy and paste – or in other words: manipulate the composition of the databases’ contents. Moreover, forms of interactivity can be built-in. In the comparison with museum curation, this entails a very different sort of model for the disclosure, or exhibition, of a given set of data or information (a given I also explore in some of my work).6

In light of this difference in generative properties, ingesting a (selection from) an archive or collection into a database inevitably entails a number of fundamental transformations. But in addition, I also tend to repurpose the data I receive. For instance, objects in museum collections often come with metadata, as retrieved from institutional catalogues. In the interactive installations W4 and Horizons, I used some of those labels in selecting images for recombination and visualization. In the latter case, for instance, I’ve only pulled those works from the collection that were associated in the museum’s database with the keyword ‘horizon’. In addition, I also made use of information about the height of this horizon (in a painting’s composition), by way of positioning works in relation to each other. In W4, the selection I do is explicated in the work’s title, which identifies the fields I used for matching: the ‘what’, the ‘who’, the ‘when’ and the ‘where’ of the repurposed items” 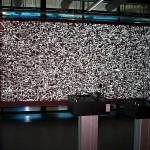 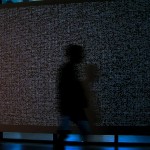 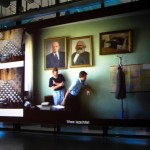 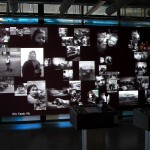 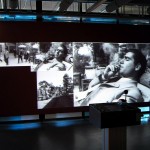 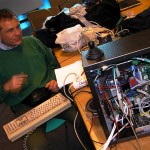 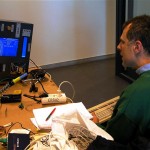 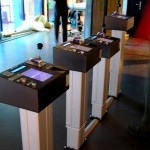 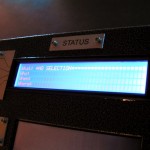 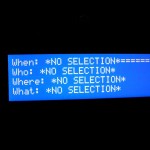 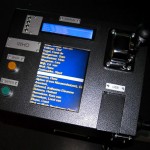 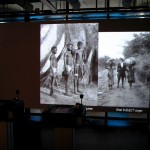 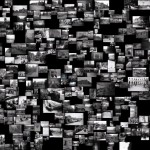 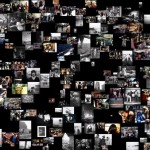 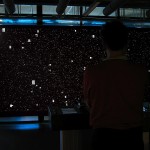