THE LIBRARY OF BABEL Interactive Installation 2003

The Library of Babel consists of nine video projection surfaces that together form a floor. Visitors may walk on this floor, activating the video projections. These have various visual and conceptual themes such as landscapes, nudes, portraits, news and business. When (several) people walk the floor, new patterns emerge of thematically and visually structured series of images. The patterns are created in realtime by a computer using image-analyses software.

The installation “The Library of Babel” is based on the story of the same title by Jorge Luis Borges, describing an infinite library. The inhabitants of this library have no choice but to try and figure out what the purpose of this infinite collection of information is. They are forced to retrieve a general ordering principle that may lend sense and direction to this infinite collection.

The installation includes a database containing a 100000 images and image analysis software. We are inclined to interpret large amounts of images as trivial, meaningless. “The Library of Babel” attempts to accomplish just the opposite. 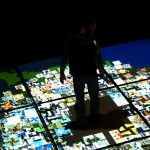 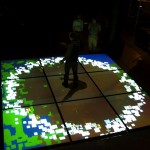 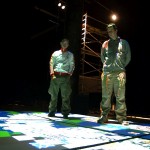 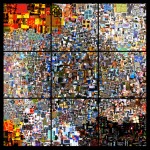 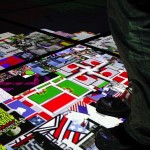 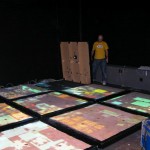 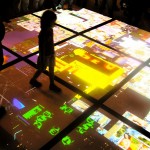 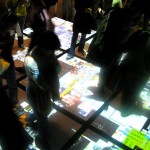 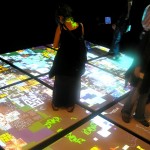