“I photographed a majestic 500-year-old oak tree during springtime and wintertime; with and without leaves. The photographs were digitally manipulated and fused to form a monumental scene featuring the 500-year-old oak tree in a newly composed landscape. The image is printed on a transparent sheet and laminated in glass, which in turn is mounted in a massive lightbox with coloured light. With the variety of colour of the back-light, we see a difference in the image: a melancholic blue night scene, a vivid red apocalyptic bare tree or an overflowing green sprouting tree, in this work the photographic image becomes cinematic.”

We see a colourful image of an iconic 500-year-old oak tree. Day and night, seasons, years and decades are passing by. A contemplation of the cycle of life and death, loss and hope, construction and deconstruction and the sublime grace of “Nature”. In moments we see a true-to-life photographic image. But the next moment we know the technology intervening.

The tree is not really there, it is an image. But the image itself is actual; it is a transparent printed sheet between two layers of glass. The light is also real, it enters our retina and helps to create the illusion of the tree, and time passing by.. In NATUREALLY, the notion of nature is inverted: Nature is artificial, Technology is real.

For the Artist, technology is, first of all, is a medium; a technique that can be ‘mastered’ by losing oneself in it. The artist contemplates the reciprocal relationship between the medium (technology) and the mediated: (human)nature. NATUREALLY holds that contemplation.

NATUREALLY was initially designed and realised (450 cm x 800 cm !) in the public space of a hospital in the Netherlands and inspired by the concept of “healing environment”.*

“The positive effects of the experience of colour, light, images of nature are key in the healing environment theory. So I wanted the artwork not to refer or point to anything specific, but rather to open up a ‘mental space’. Wonder and aesthetic satisfaction are a means of opening up ones ‘mental space’. In that widened mental space, you might be better able to deal with overwhelming emotions.

During my research for collecting images of nature near the hospital, I came across a 500-year-old oak tree called Kroezeboom (Cross Tree). It was then that I knew that this tree would play the leading role in my artwork. In the past centuries, this Kroezeboom had a unique position as a place of law, border marking and a spiritual force. The tree is a living moment in the region. I wanted to infuse the unique energy of this 500-year-old tree into the hospital.” 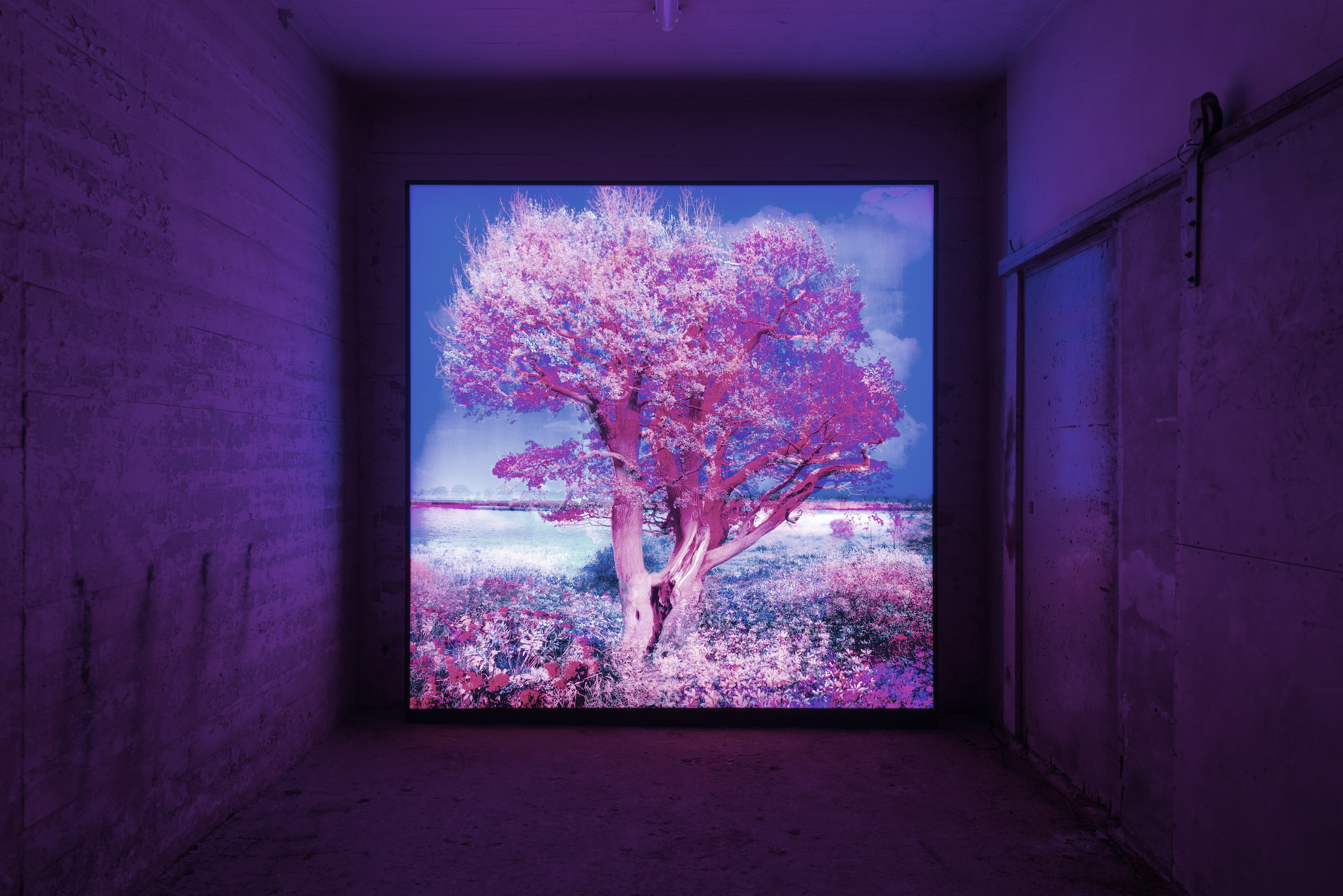 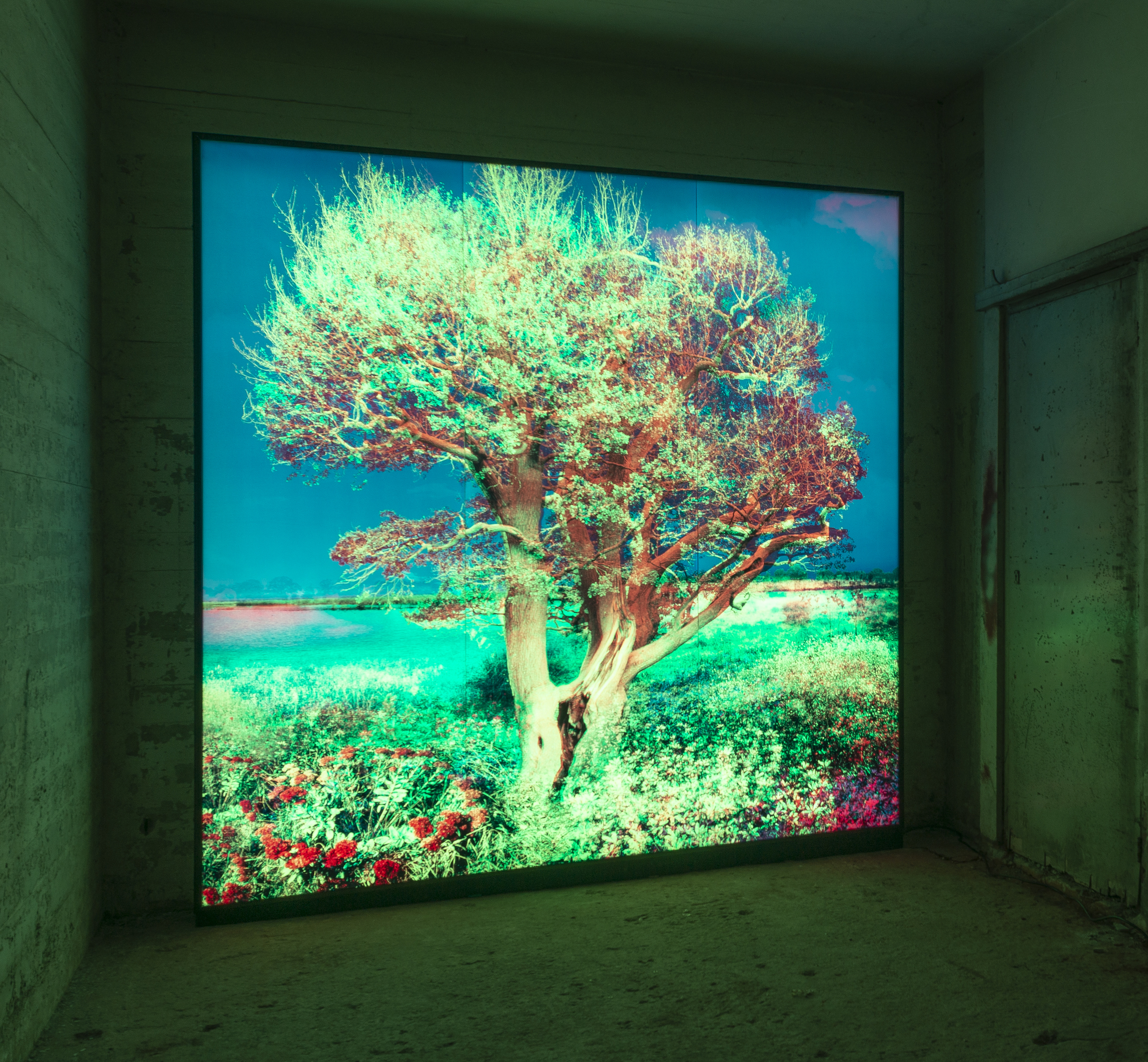 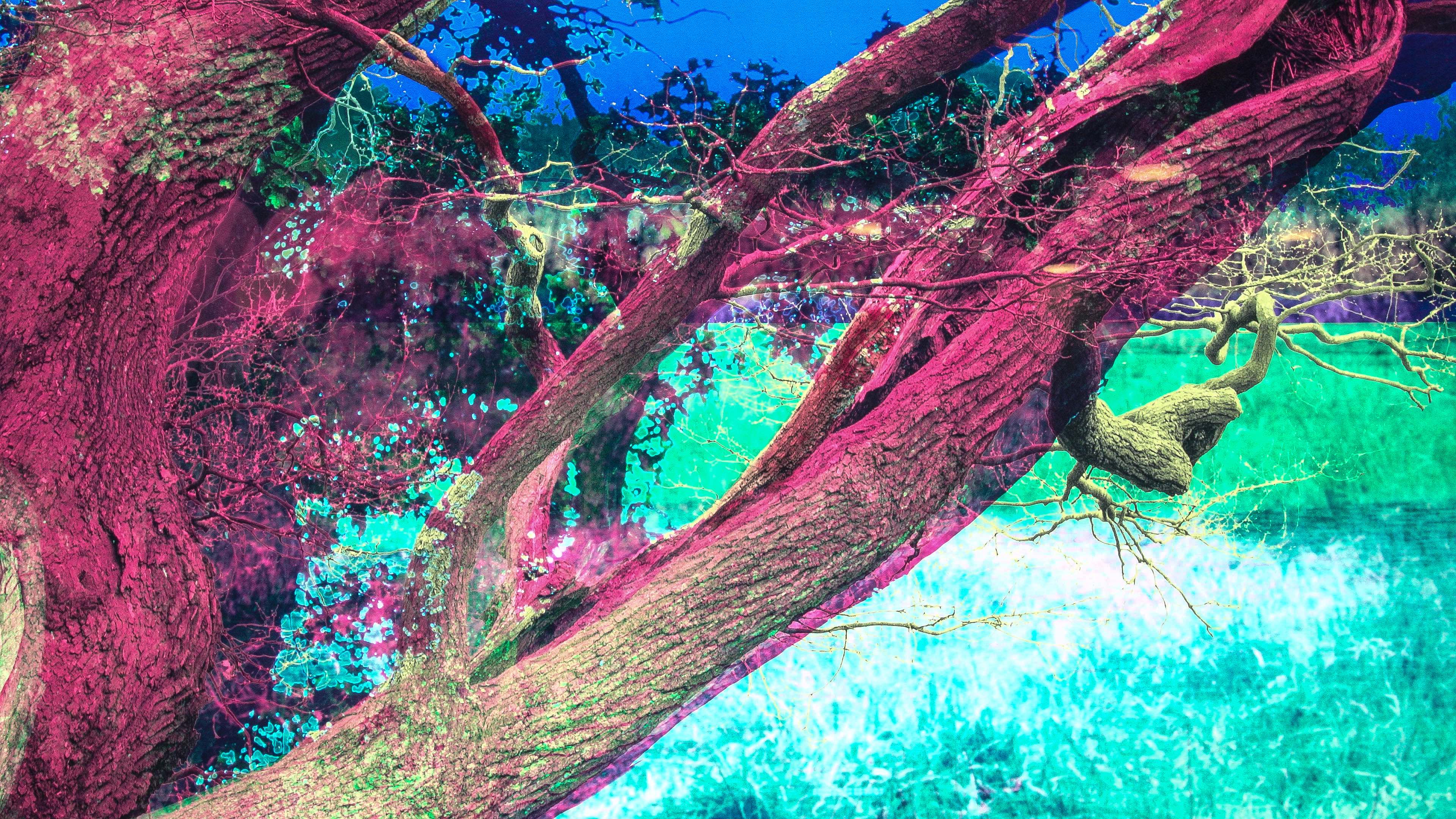