IVAM Institute Valencia Arte Moderne
F.C. Valencia
Valencia Spain
Geert Mul 2006
Interactive installation
Production: Mothership
Gallery RONMANDOS
Software: Calo Prelz
“First of all, I like football, but I would never have thought to incorporate it into my work. After I was proposed to make an artwork in relation to the Valencian Football Club, I spend some time figuring out how I could relate the club to my work. Finally I decided to portrait the club in two ways. As a social structure, a hierarchic structure in which there are many groups involved: The players, the trainer, the director, the board, the old-players, the fans, the hard-core supporters, the girls in love with the players, the veteran supporters and players, the v.i.p.’s and the kids dreaming to become an footballer.As a visual & cultural structure. Most football clubs have very strong roots, and have a very specific local identity. It is fascinating that the identity of a town even shows in how the local club plays football. And the club defends the towns honour, there is an strong analogy with warfare.. But football also has an international face. The players come from everywhere and so do the trainers. It is international big business. The first theme is represented in the work by a database filled with categories of portraits, and the second theme is represented by categories of visual structures and icons, both from the city of Valencia and from the stadium and its surroundings. “
Catalogue interview Fernando Castro Flóres and Geert Mul 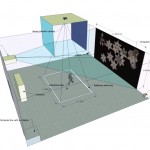 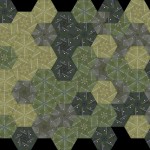 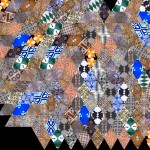 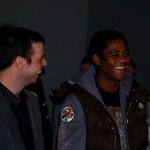 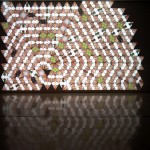 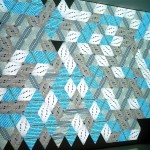 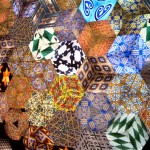 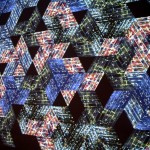 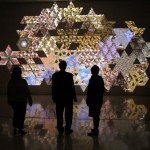