LoadingReadyRun
An Interactive artwork for the entrance of the Las Palmas Building, Rotterdam Holland.
Maurer United Architects & Geert Mul, May 2009
The installation has been created for the porter’s lodge of the former warehouse Las Palmas, located at the sidewalk in front of the Las Palmas building. The work represents the three cultural organizations housed in the monument: the Dutch Photomuseum, LPII; an exhibition space for contemporary art and a centre for audio visual education.
Architecture and media are key themes in this work, that lights up like a kaleidoscopic lamp. This way the attention of passers-by is drawn and it’s inviting them to interact with the moving images.
The porter’s lodge now acts as a repository for digital photographs, that have been donated by passers-by and visitors of the Las Palmas building. They can add their own photographs to the artwork by placing a memory card from a digital camera in the interface of the artwork. These images appear on four screens, that are placed in the middle of the lodge. Mirrors multiply the images on the screens in kaleidoscopic reflections. The spectators can interact with these images. A sensor system has been placed around the lodge. This system links the position of the spectator to the presentation of the collections of photographs. The final result consists of geometrical clusters of photographs, that are continuously in motion, in an intuitive relation with the spectator. The uploaded pictures are a reflection (but not the reflection) of the current visual culture and in a way related to the visual culture as it is presented, created and educated inside the Las Palmas building.
Las Palmas is a young monument (1952) with an industrial appearance, representative for the ‘Nieuwe Bouwen’ architecture. Inside, the octagonal columns stand out and are characteristic for this architecture of the 20th century. The octagonal column is simulated and clearly distinguishable in the installation LOADING READY RUN by making use of mirrors reflecting each other.
TEAM: Geert Mul, Carlo Prelz, Marc Maurer, Nicole Maurer, Joost Eggermont & Mothership 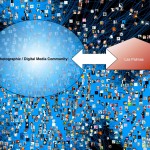 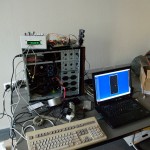 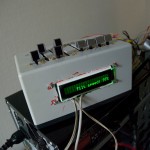 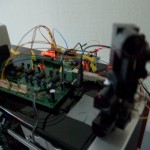 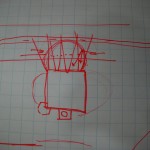 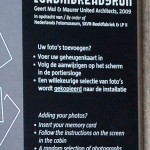 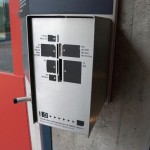 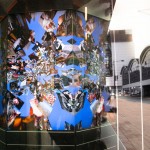 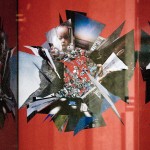 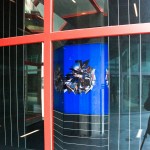 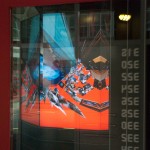 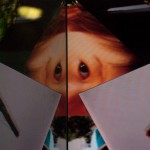 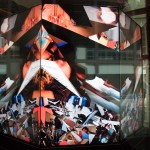 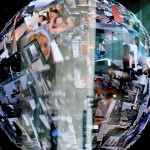 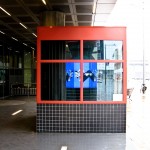