ÇANKAYA INTERNATIONAL PUBLIC ART MANIFESTATION 2011
Museum of symbolic debris: 20 lightboxes (print and led-light.) in public space, Ankara. Geert Mul 2011
————–Museum of symbolic debris—————
Geert Mul photographed different visual languages that co-exist in the structure of the city, with a special interest for the visual language of political, pop and folk culture. These visual languages are used in engineering, architecture, graphic design, advertisements, political messages, storage and display of goods, photographs, ornaments, decorations and so on. From this point of view the city is a visual cacophony. All these visual languages are used by and targeted at different groups of people for different purposes. The design of Ankara and the reengineering of the history of Ankara in the 1920’s introduced a new visual political language in the ancient city of Ankara. Geert Mul focusses his attention towards the formal qualities of images that he encountered in the public space of Anakara and at the same time he has delved into their potential to create a ‘narrative’ that presents the symbolic logic of their origin.This results in a play with images their representation. Mul created light-boxes with colored light in which the photographed images are changing, crossfading, morphing. This playful act in which images and their
meanings become (literary) unstable, forces the viewer to constantly shift the perspective with-which the images are understood, or the given ‘meaning’. This quality resembles the quality of the classic avant-garde cinema, that also exerted this mesmerizing effect or what the Russian avant-garde artists called
‘ostrenanie’, a sense of alienation. With this intentional alienation Mul seems to
point to the deep changes that have occurred in the way that images function and exist in our contemporary digital (visual) culture. In these ever-faster changing dynamic-visual-culture public space becomes a new museum of symbolic debris.
(The above is an altered text by Willem van Weelden)
May 2011 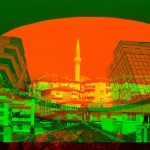 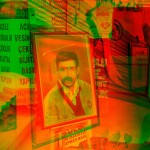 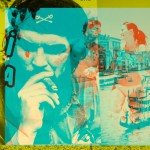 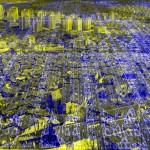 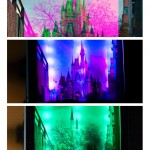 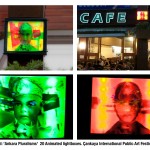 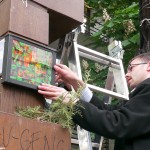 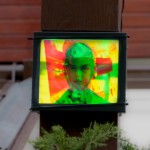 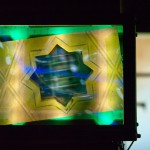 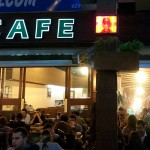 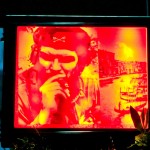 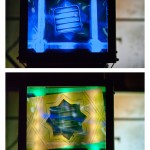